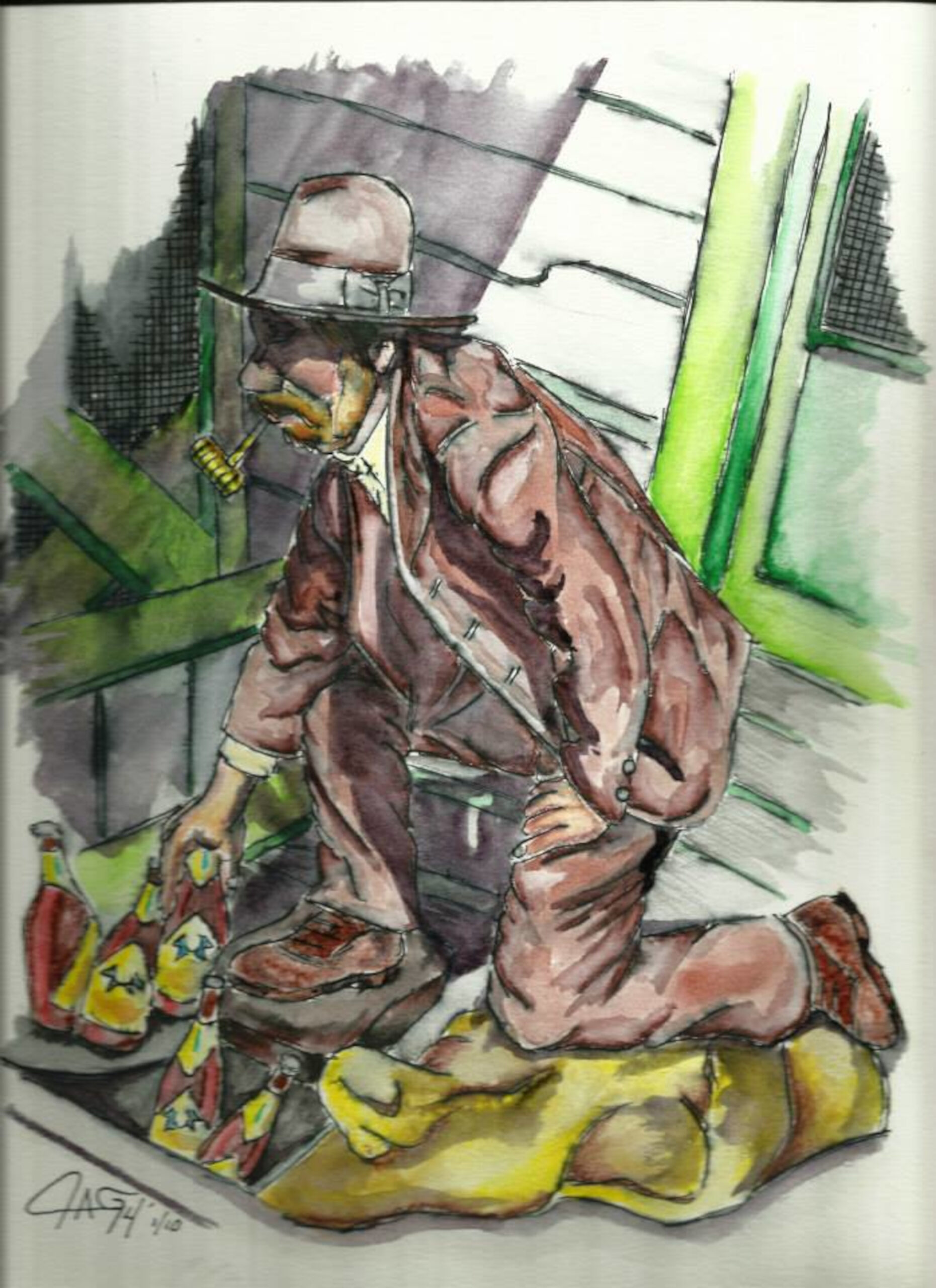 The photo that this painting is based on struck me for it’s stark simplicity of an act of defiance. Fritz is not making a grand gesture rather the gesture is simple and speaks volumes. You can almost hear Fritz thoughts as he stashes his treasure; My customer’s will not go thirsty. But more importantly neither will I. 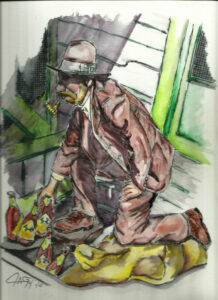 Fritz’s battle with the government hit’s close to home for me. I also had a battle with church people and a city government that wanted to close down my little neighborhood tavern in Baxter Springs, Kansas because of the evilness of liqueur and beer. I fought the good fight but eventually grew tired and moved on. Fritz also eventually gave up the good fight, closed his Saloon and headed off to Germany. In a strange twist of ironic fate the “Hall of Fame” Saloon went from selling hard liqueur to selling soda pop after Fritz had left the building.

“Art must evoke an emotion in order to be art. If it only creates indifference then it is not art, it is garbage!”

Copyright Tatman Productions LLC – All Rights Reserved. No pictures or text may be copied and or used without the express written permission of the artist and author. 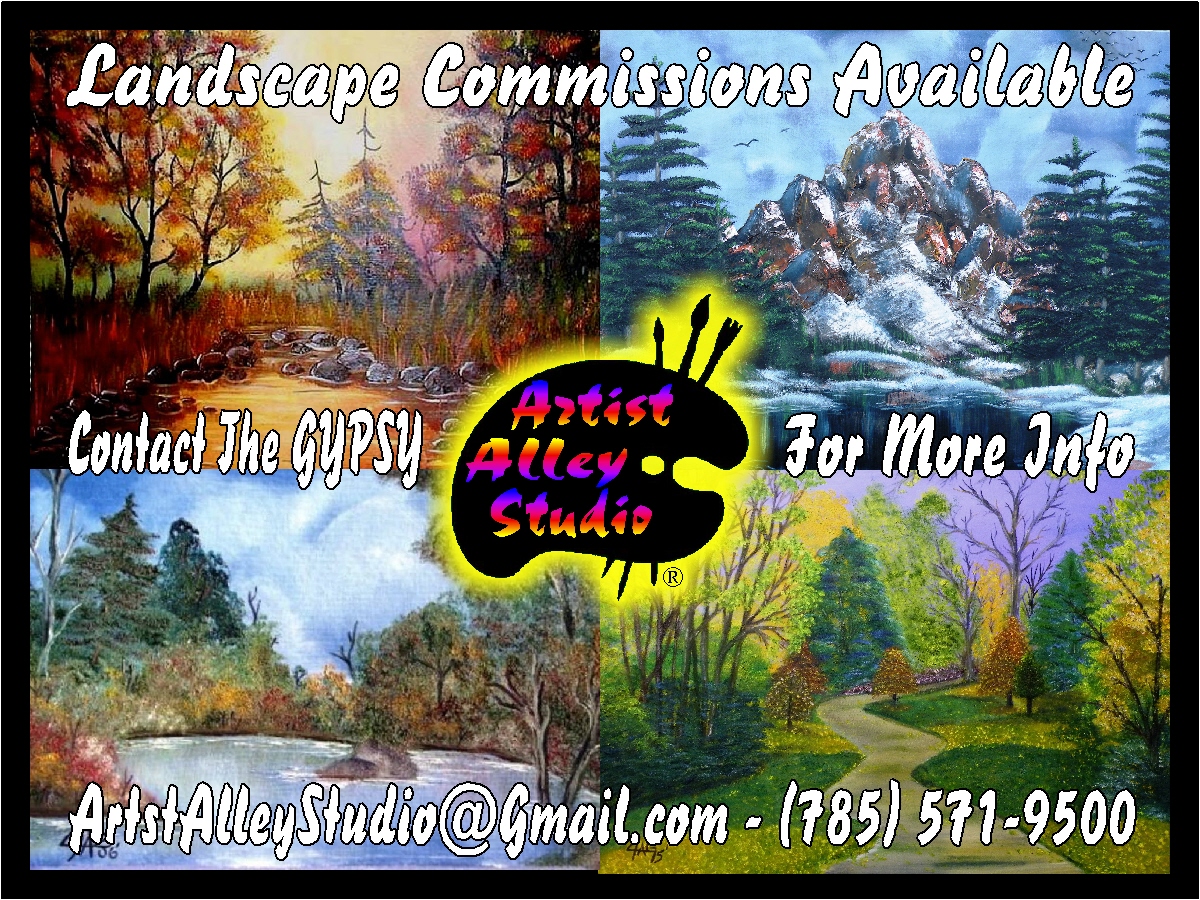 Redecorating Your Office or Home? Have A Favorite Landscape Photo That You Would Like As A Painting? Do You Have A Vision Of Your Perfect Place? Then Allow One Of America’s Favorite Artists J.A. George AKA; The GYPSY To Bring Your Vison To Life By Creating A One Of A Kind Landscape Painting For You.
CONTACT THE GYPSY TODAY FOR MORE INFO:
(785) 571-9500 – ArtistAlleyStudio@gmail.com
www.Artist-Alley.net