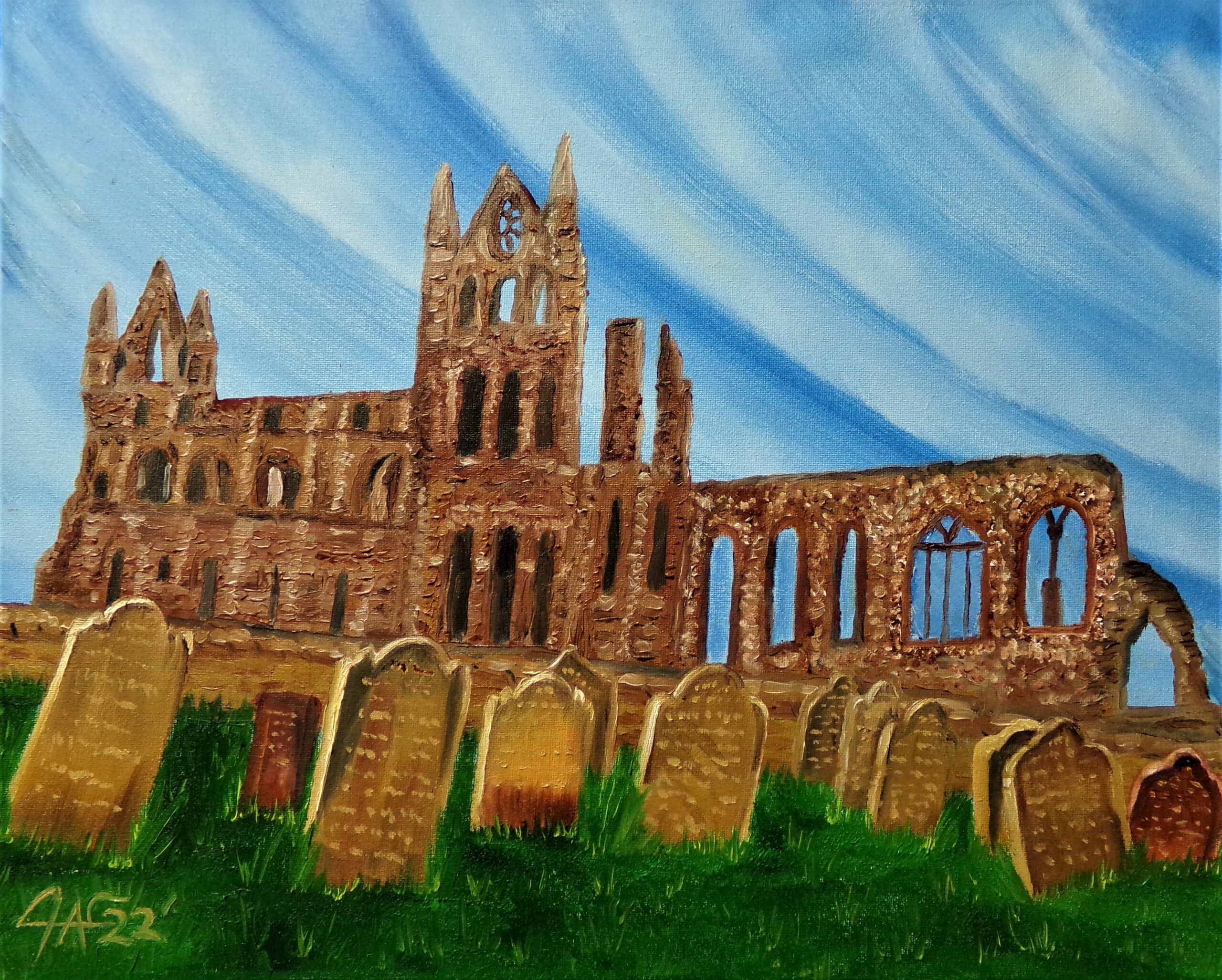 Modern Technology Is A Wonderful Tool For The Artist If You Can Avoid The Gremlins.

Modern Technology has been a God send for my art. Through the internet I can share my passion and creations with the world. Yet sometimes the Gremlin’s find their way into my best efforts and yank the wires that help my art fly and stay airborne. And so it was this past week.

I pre-record my tutorials so that I can go into live chat and answer any questions people may have during the live presentation. As I recorded last Wednesdays Tutorial., Whitby Abbey Cemetery, I soon discovered that it would be a long tutorial so I decided to break it down into two parts. I finished recording the creation of the painting and took it into my video editing software. Little did I know at the time that the Gremlins had already started their fiendish work.

It is not like I can just go back in and re-record the tutorial. Spending another 5 hours on a painting I have already done is just not an appealing nor fun idea for me. I present these videos free for the first week after the Facebook Live presentation and the they are for sale for only $15 on the Artist Alley Studio website after that. I couldn’t very well expect people to buy a video that was not the absolute best I could present. So what could I do? Somehow I had to thwart the Gremlin’s dastardly sabotage, and I did.

I decided to make Parts One and Two of the Whitby Abbey Cemetery Oil Painting Tutorial FREE indefinitely. I would let people know of the Gremlin caused glitches and they could ignore those problems and still discover what I had to teach. I would also identify and remove the monkey wrench the Gremlins threw into my recording software and put up safeguards against their future interference.

I am happy to report that the Gremlins screamed in agony and departed to harass some other poor soul when I implemented my fixes. Now all is right with the world and you can forever have this tutorial for FREE.

We do not know whether or not the Gremlins will ever return to try and interfere with my art tutorials in the future but if they do their only reward will be that I again give you a tutorial that is FREE Forever and I am sure the Gremlins will have no satisfaction in that. 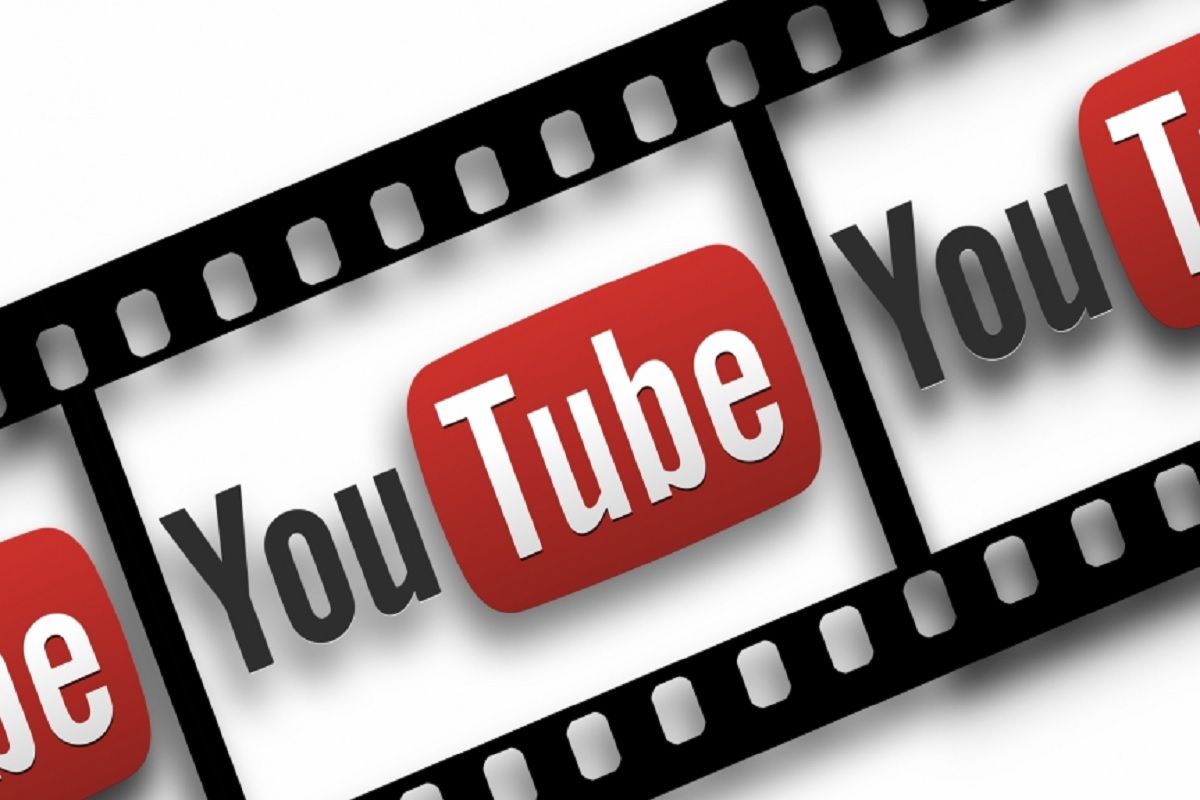 If You Like To Watch Art Created and Closer Looks At Art We Got You Covered.

Have You Visited The Artist Alley Studio YouTube Channel?

My AAS (Artist Alley Studio) Closer Look Videos give you a magnified look at my artwork where you can see the brush strokes and detail in my paintings up close.

My Anatomy Of Art Videos give you a quick and accelerated look at my creation process.
My Artist Life Studio Vlog gets you up close and personal with me as I share the stories behind my art,

This is my personal invitation to you to Subscribe to the Artist Alley YouTube Channel where I can share more of my artistic creations with you. 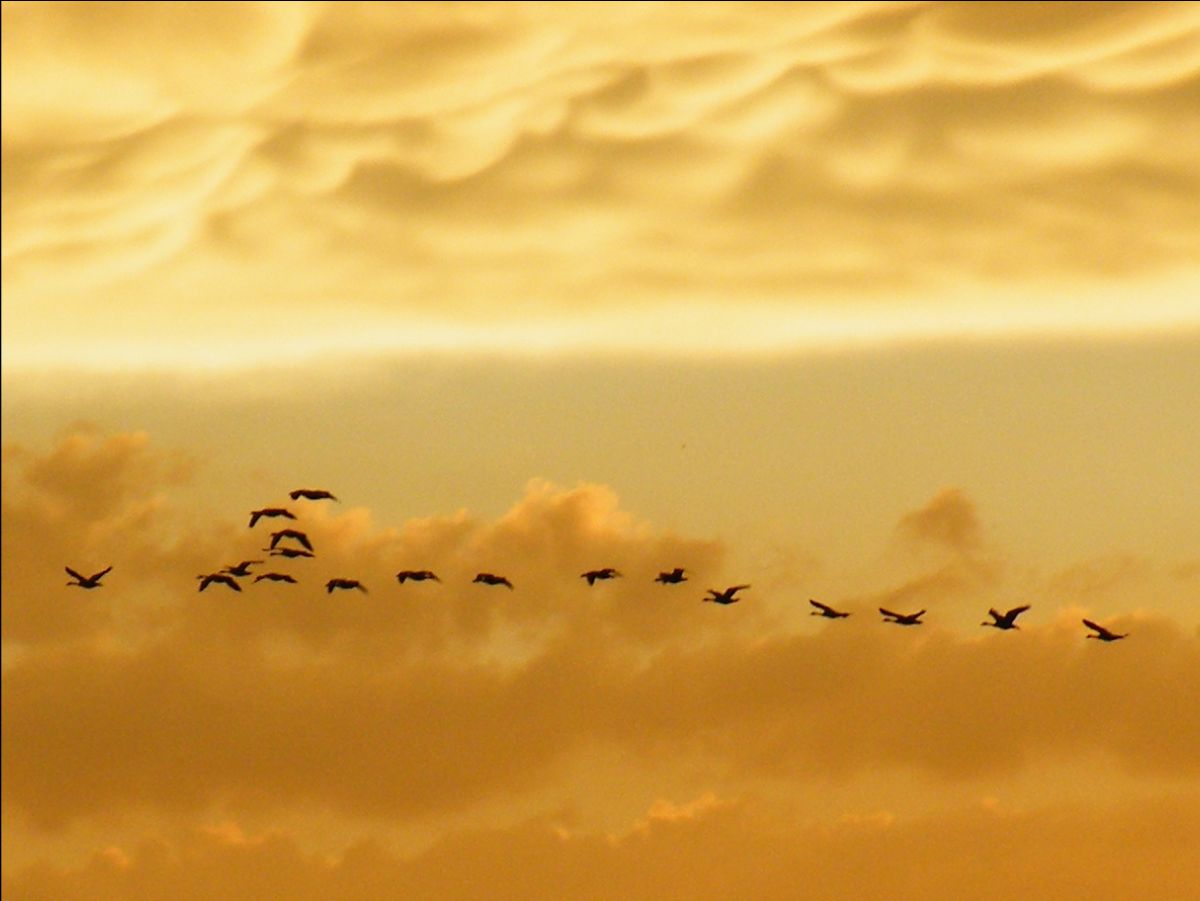 Being A Kansas Native Has Delivered Many Blessings From God

I took this photo in August of 2010 after coming through a particularly strong thunderstorm on my motorcycle.

The photo was taken just north of Topeka, Kansas on Highway 75 looking west. Of all the photos I have taken over the years this is my favorite.

I had dismounted the motorcycle to capture one of the most glorious sunsets I had ever witnessed. I was getting my camera out of my saddle bag when I heard the honking; I quickly spun and shot.

This photo to me represents the true spirit of those who are proud to call Kansas home. No matter what adversity may loom over head the people of Kansas will always have the strength to rise above the storm and move ahead. I am proud to be a native born Kansan and I thank God that he bestowed that blessing upon me.

Because I am a Native Born Kansan I have had many opportunities that would not have presented themselves elsewhere. Being born an artist I can look at the world with an artist eye. With that artist eye I started noticing the beauty of the Kansas landscape at an early age. Noticing that beauty and capturing it on paper led to many doors opening for me.

I had an appreciation, way beyond my age of 5 years old, for the art at the Nelson-Atkins Museum in Kansas City, Missouri. I was able to get advanced art classes at Washburn Universities Mulvane Gallery when just 7 years old. I was personally tutored by famed muralist Harry Roth between the ages of 8 – 10. I was a Free Lance Artist for the Nazarene Publishing House at 17 years of age. I turned down a $50,000 a year 15 year contract with a major greeting card company at 19 years of age because of artistic integrity I had learned as a Native born Kansan. That decision led to my 46 year long career as Kansas’ most experienced Body Artist.

Yes, I have received many blessings because of being born a Native Kansan. At times I failed to appreciate those blessings and acknowledge from where those blessings come. Yet as I have become older and wiser there is not a day that I do not thank the one who created me and gave me those blessings.

Thank You for allowing me to share of myself with you through my art and that gift of talent that God bestowed upon me. I feel truly blessed.